I just had notification that my Hoopoe photograph below was voted photo of the week on http://www.birdguides.com

Birdguides has hundreds of uploads each week and having had a browse through recent images, I didn’t even give it a thought that I could have been chosen. You can view the image on Birdguides ‘here‘ if you wish and read comments.

“This selection was the toughest one I’ve had to make up until now,” says Steve Young. “There were so many superb recently uploaded images to browse through in the Iris galleries that I really agonised over my decision. Some, maybe many, will disagree with my choice, citing more difficult shots or trickier species to photograph, but I’ve gone for a photo of excellent quality and composition: Hoopoe by Ashley Grove is this week’s winner.”

“I love the framing of this image with the bare branch, spider’s web and Hoopoe all beautifully placed in a truly well-composed photograph. The backlighting is superbly executed and the image looks good in monochrome, although I would have liked to have seen it in colour. Whether or not the original was taken in black-and-white or converted later at the processing stage is unclear, but either way it is a stunning image.”

Once again if anyone would like to join me in Spain next summer and have a chance at getting a similar shot, do let me know. 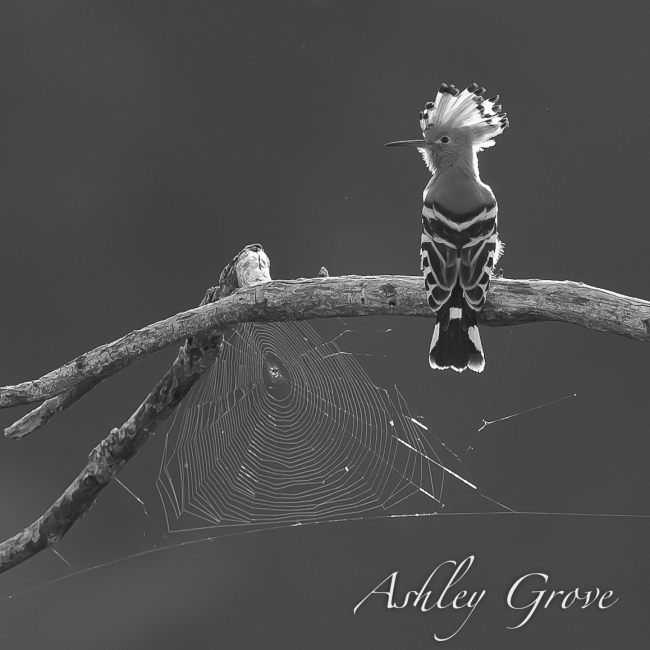